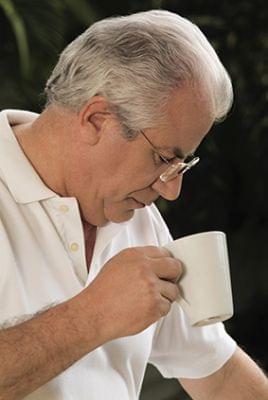 It is a walnut-sized gland found only in men. It is located at the base of urinary bladder and also completely surrounds urinary tract. Prostate continues to grow from the birth to age of 20 years and it reaches to its mature size at this age and does not grow anymore. It remains in this size until age of 45 years and it starts to grow again. Duty of prostate is to contribute to the production of the fluids in ejaculate (semen) which is responsible fortransportation of sperms (menis germ cell).

Cells forming the human body proliferate and grow according to the need and the proliferation is in the form of mitosis. If cells continue to proliferate although there is no need, these proliferated cells form a mass which is called as tumor. Tumor can be benign or malignant. The tumors which do not spread to neighboring tissues and other parts of the body are named as benign tumors. These are not cancer. Malignant tumors are called as cancer. Cancer cells proliferate in an uncontrolled manner, spread to neighboring tissues and form new cancer foci by spreading to other parts of the body. Cancers which develop in prostatic tissue are named as prostate cancer.

Why does prostate cancer occur?

What are the symptoms of prostate cancer? 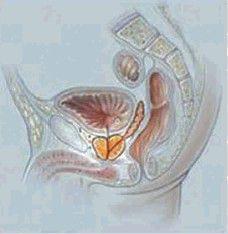 Should I have my prostate routinely checked even if I have no complaints?

Which examinations are performed for diagnosis of prostate cancer?

When you apply to your doctor, he would make a physical examination after inquiring your complaints and history. Rectal examination with finger constitutes the most important part of the physical examination. Your doctor would examine your prostate by inserting his finger into your rectum. In this way, size and shape of the prostate and whether it contains a mass, are checked. Following that, urine analysis in order to assess whether there is blood or purulence in urine, blood analysis in order to measure Prostate-Specific Antigen (PSA) level which is a tumor indicator and if necessary, transrectal ultrasonography and prostate biopsy should be performed.

No. PSA level in blood can be measured high in benign enlargement of the prostate and inflammation of the prostate as well as prostate cancer. High PSA does not necessarily indicate cancer. With PSA test, your doctor decides whether he will examine you in terms of cancer.

What is prostate biopsy and when should it be performed?

If your physical examination and test results indicate a possible presence of prostate cancer, prostate biopsy should be performed. Biopsy is the only way to diagnose prostate cancer. Prostate biopsy is a procedure in which samples are removed from the prostate gland by making use of rectal ultrasonography under local anesthesia. Removed samples are examined by a pathologist and if there is presence of cancer cells, these cells are graded. This graduation gives information regarding growth and spreading rate, it has importance in determination of the treatment options.

What should I do before prostate biopsy and what are the complications of this operation?

If you use any blood diluents, you should discontinue this medication. Your doctor would prescribe an antibiotic, first dose of which you should take at the night before the operation. In addition, enemata would be prescribed in order to be applied 3-4 hours before the operation. After prostate biopsy, blood from the anus, blood in urine and semen, infection, burning during urination, temporary erectile dysfunction can be seen.

Which advanced examinations would be performed when prostate cancer is diagnosed?

In case that prostate cancer is diagnosed, your doctor would like to know its degree of spread. For this purpose, even it is not required for each patient; the methods such as chest radiography, computed tomography, bone scintigraphy, magnetic resonance imaging are applied.

Which methods are applied in the treatment of prostate cancer?

The treatment method to be used in prostate cancer is chosen by the doctor and the patient according to extensiveness of the disease, degrees of tumor cells, age, general status and expected lifetime of the patient and adverse effects of the treatments to be applied. Treatment options such as follow-up, surgery, radiotherapy, hormone therapy are available in prostate cancer treatment.

What is the follow-up method in prostate cancer?

Some prostate cancers progresses slowly. Follow-up can be suggested to the very old men whose cancer is not spread to other parts of their body and whose expected lifetime is too short or the men who have other serious health problems, by considering the side effects of other treatments and thinking that these may do more harm than good.

What is the surgical method in the treatment of prostate cancer?

It is a treatment option which is often used at early stages. Whole prostate gland is removed in this surgery which is named as radical prostatectomy. It is a good alternative especially in the cancers which have not spread outside of the prostate. After the surgery, side effects such as temporary or permanent urinary incontinence, erectile dysfunction, and constriction in the urethra can be seen.

What is radiotherapy (beam) method in the treatment of prostate cancer?

It can be used in the early-stage prostate cancers instead of surgery or following the surgery in order to destroy the cancer cells possibly remaining in that region. Furthermore, it can also be used in order to treat the disorders in other organs arising from the cancer which has been spread thereto. Side effects such as fatigue, frequent urination, feeling of discomfort during urination; redness, dryness, strain, hair loss in the area to which beam was applied and erectile dysfunction can be seen.

What is hormone therapy in the treatment of prostate cancer?

It is used in order to cease the effect of the hormones that prostate cancer cells need for growing. Removal of the testicles, monthly or quarterly injection treatments, and anti-androgen drug tablets can be used in hormone therapy. Prostate cancer cells can grow with very little hormone or without hormone in time. In this case, hormone therapy can be discontinued. Side effects such as loss of sexual desire, erectile dysfunction, sensitivity in nipples, osteolysis and hot flush can be seen.